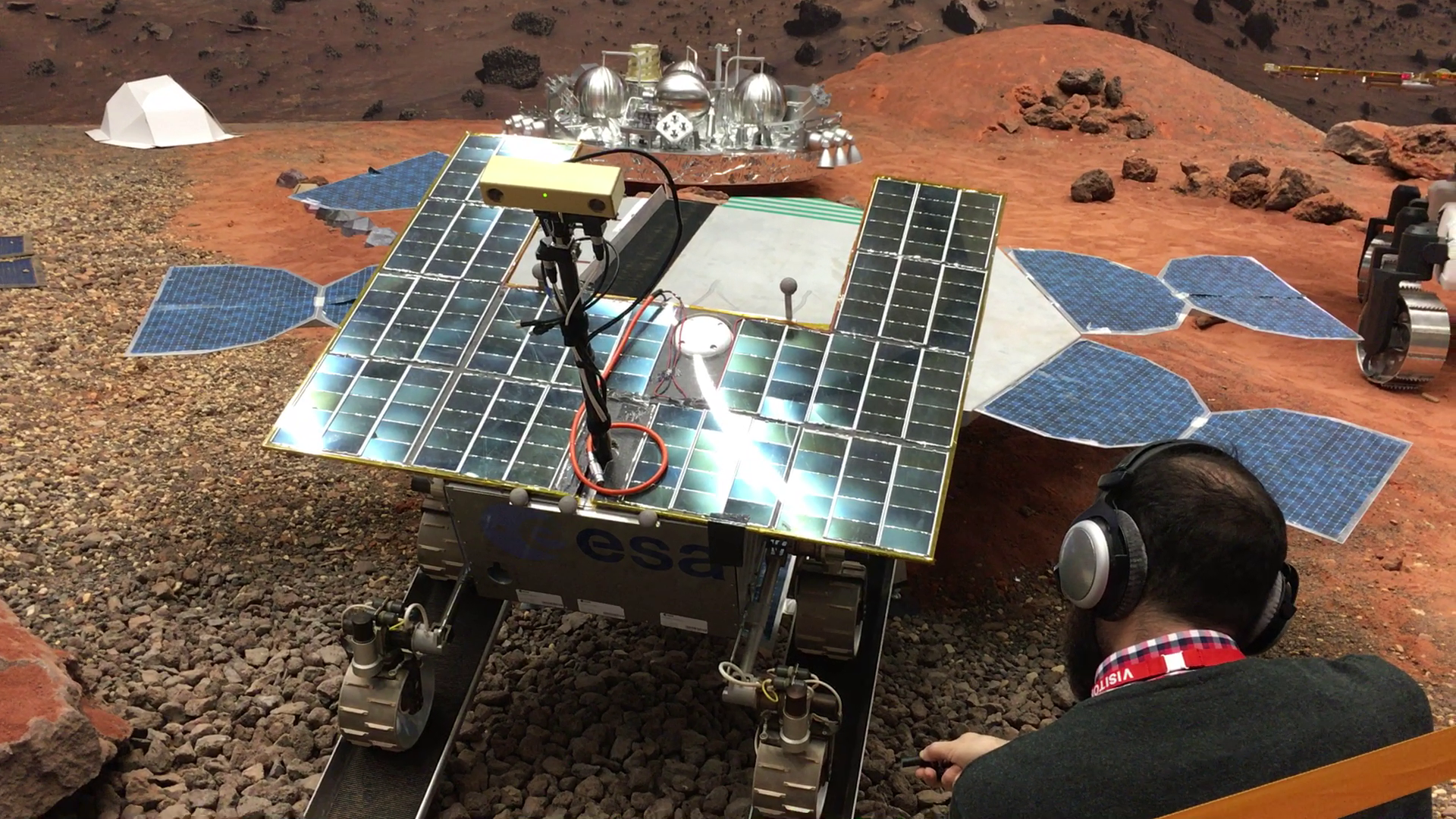 It’s been a while since my last release. Meanwhile I devised and implemented a human exploration mission communication campaign (with one of my personal highlights being this concert with Kraftwerk -> read more: 1 2) and also found the time to record new music. While I’m continuing to record more elaborate material for a new album, I’ve just finished this new track, recorded on the go.

It makes quite extensive use of a set of sounds Peter Kirn and I recorded at ESA ESTEC in 2015 – well, actually it was me opening doors while Peter did the recording. Anyway, these sounds stem from a model of the ExoMars Rover being tested in ESA’s ‘Mars Yard’. More info here, including the set of sounds, all free to use for your own creative endeavours.

Arranged on an iPad Pro running on iOS 12 with Garageband and the following AUv3 instruments:

Why am I doing this? First, I love making music and it’s fun. Second, there must be a way to produce more music inspired by space exploration that is free of clichés. There is quite some, but unfortunately still far too little.

Have fun listening and imagining the rover taking its first drive on the red planet … Yes, I know that I now sound clichéd myself : )